Local officials, members of the McKinney Chamber of Commerce and the development team for Trinity Falls were on hand Aug. 9 for a ribbon-cutting ceremony to officially open a significant portion of B.B. Owen Park in Trinity Falls, giving McKinney-area residents access to heavily forested nature trails, disc golf and other amenities.

The newest section of the 350-acre park measures nearly 99 acres and offers trails along the East Fork of the Trinity River, 12-foot-wide hike-and-bike paths along the forest’s edge, seven holes of disc golf, two lakes, a dog park and amphitheater. Unlike other amenities within Trinity Falls, B.B. Owen Park is publicly-owned, so is open to the general public.

“B.B. Owen Park complements the generous park spaces found in McKinney and gives residents in northern McKinney additional parkland closer to home, particularly since most of McKinney’s parks are clustered south of Highway 380,” said Robert Ditthardt, General Manager for Trinity Falls. “What is so unique about B.B. Owen Park is its natural setting. Hiking our nature trails is like hiking in a state park.”

The park is off of County Road 228. Parking areas are slated to be complete by year’s end; until then, visitors can park near the dog park at model homes along the intersection of Lost Woods Way and Sweetwater Cove.

Additional sections of B.B. Owen are under development and will include more lakes and trails, an expansion of the disc golf course and other features.

Homeowners in Trinity Falls not only have immediate access to B.B. Owen Park, but enjoy resident-only amenities such as a clubhouse, open-air pavilion anchored by a stone fireplace, a beach-entry pool and splash area. An on-site lifestyle director plans an array of events. 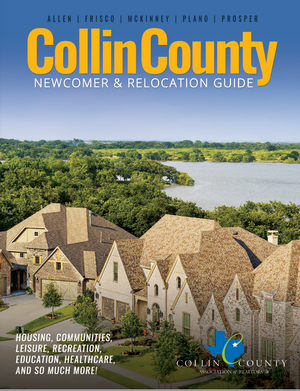