Collin County has some of the largest school districts in the Dallas-Fort Worth metro area.

There are many characteristics that make each of these school districts unique in their own way.  From extracurricular activities to overall district demographics, there are several things to take note of for each district that makes up Collin County.

Allen ISD currently educates over 20,000 students.  Allen has seen great change over the last 20 years, specifically to the infrastructure and facility development of the school district.  With their many students, it is impressive to see that they still carry a 15.9:1 student to teacher ratio.  Allen also has one of the most diverse ethnic populations of the area.  Allen ISD boasted a 92% pass rate on the state STAAR test metric.  Athletically, few programs in Texas can compare to the achievement that Allen has had.

Anna ISD is located at the northern portion of Collin County, bordering Celina ISD on its west edge.  Anna ISD is one of the smaller school districts in the county, educating just over 3,000 students.  Anna ISD has gained notoriety with its educational capabilities towards economically disadvantaged students.  Students in this district enjoy a very attractive 15.7:1 student to teacher ratio.

Blue Ridge ISD makes up the northeast corner of Collin County. For an area that isn’t considered rural, the Blue Ridge ISD boundary is the most rural portion of the area.  This district educates 699 students, making it among the smallest of the entire area.  The population of the students in this district is not nearly as diverse as most of the others.  With the small student population, a very low 13:1 teacher to student ratio is achieved here.  Blue Ridge ISD had a 72% STAAR test pass rate for 2016.

Perhaps one of the most recognizable districts of the Collin County area is Celina ISD.  Celina has long been known for great achievement in athletics, boasting several state championships in many different sports.  Celina ISD makes up the northwest corner of Collin County.  The student population has been growing over the last decade, and now sits at almost 2,400 total students.  While not as diverse as other districts of the area, there is still a strong mix of culture in Celina ISD.  This district has been able to maintain a comfortable 15:1 teacher to student ratio.  In 2016, 88% of the students earned a passing score on the STAAR test.

Community ISD is located in the southeast portion of Collin County.  Community ISD has seen a fair share of growth over the last several years, now sitting at just under 2,000 students.  The 4 schools that are a part of Community ISD have recently been renovated to really showcase beauty.  Community ISD has a tremendous diversity, similar to Ft. Worth school districts in many regards.  For the 2016 school year, 74% of students passed the STAAR exam.  The student to teacher ratio for Community ISD is 14.1:1, a very realistic number for the area.

Without a doubt, the fastest growing area in Collin County, arguably the entire state, is Frisco.  Frisco has seen exponential growth over the past 10 years, resulting in an influx of students and families to the area.  There have been 4 new high schools constructed over the last decade.  The overall student population of Frisco ISD is an astounding 53,300 students.  With that amount of students comes great diversity.  Frisco arguably leads the way in student diversity.  Also with many students comes great achievement athletically.  Frisco has enjoyed great success in seemingly every sport they offer.  Frisco ISD achieved a 92% pass rate on the STAAR test in 2016.

Lovejoy ISD is tucked in the central part of Collin County just south of McKinney ISD and northeast of Plano and Allen.  Lovejoy has seen growth over the last decade, as each of the central and southwest districts have.  Lovejoy ISD currently educates 3,946 students.  This number is quite a bit smaller for the other districts of this region of Collin County.  This is explained by the district itself having a smaller area than most of the other districts of the area.  Lovejoy achieved an impressive 96% pass rate on the STAAR exam in 2016, leading the way for all school districts in Collin County.

McKinney ISD is possibly the most diverse district in central Collin County.  This district is located in the heart of Collin County.  Before the growth of Allen, Plano, and Frisco, McKinney was the top dog as far as enrollment and growth in the county.  Today, McKinney ISD educates 24,765 students.  Even more impressive is the 14.7:1 teacher to student ratio.  This number is very low for such a large school district.  McKinney has also had to open several new schools in recent years.  The infrastructure of this district is very notable, comparable to any other of the area.  McKinney ISD an 85% pass rate on the STAAR exam for the 2016 school year.

Plano ISD has been at the heart of tremendous growth of the DFW area for the last 20 years.  Similar to Allen, McKinney, and Frisco, Plano has opened up 3 new high schools over the last several years.  Along with the aforementioned schools, Plano ISD offers top-notch extracurricular activities to its students that are among the best in the state.  The total student population of Plano ISD is 54,570 students.  Plano has an extremely diverse student body population, which has become even more diverse with the continued development of the area.  Plano ISD had an 86% STAAR exam pass rating for the last school year.

Princeton ISD is located in the Eastern Central portion of Collin County next to McKinney ISD and Lovejoy ISD on the west and Farmersville ISD and Community ISD on the east.  Similar to Melissa ISD, Princeton has recently been recognized as the district of shift from city to rural education setting.  Princeton has seen its fair share of growth, but not nearly to the extent of the central and southwestern school districts have.  The student body population is 3,876 with a very respectable 14.9:1 student to teacher ratio.  Princeton is the only school district in the area with a 44% to 44% demographic split among its majority student population.  This district had an 80% pass rate on the STAAR exam in 2016.

Prosper ISD, like much of Collin County, has been seeing remarkable growth, and now has a student population of 8,296.  In addition to academic excellence, extracurricular activity successes at Prosper ISD have really begun to take off over the last 5 years.  Prosper rests on the west side of Collin County between Celina on the north and Frisco on the south.  The student to teacher ratio of Prosper ISD is 15.1:1.  Prosper ISD earned a 91% student pass rate on the STAAR exam in 2016.

Wylie ISD is located on the southern edge of Collin County.  This school district is split between Dallas County and Collin County, seemingly right down the middle.  Wylie ISD has experienced a fair share of growth over the last several years, however the majority of its growth and population lies in the Dallas County portion.  The overall student population in 2016 was 14,615 students.  Wylie ISD is another district that boasts great diversity, a strong asset for many districts in the area.  Wylie ISD had an 88% pass rate on the STAAR exam in 2016.  This number is impressive for the amount of economically disadvantaged students in the Dallas County portion of the statistic. 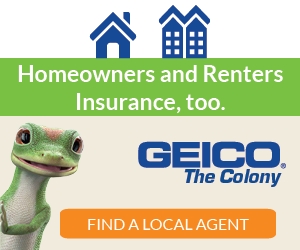